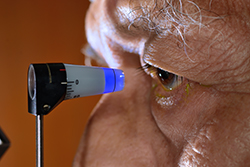 Glaucoma can be treated with eye drops, pills, laser surgery, traditional surgery or a combination of these methods. The goal of any treatment is to prevent loss of vision, as vision loss from glaucoma is irreversible. The good news is that glaucoma can be managed if detected early, and that with medical and/or surgical treatment, most people with glaucoma will not lose their sight.

Taking medications regularly, as prescribed, is crucial to preventing vision-threatening damage. That is why it is important for you to discuss side effects with your doctor. While every drug has some potential side effects, it is important to note that many patients experience no side effects at all. You and your doctor need to work as a team in the battle against glaucoma. Your doctor has many options.

It is important to take your medications regularly and exactly as prescribed if you are to control your eye pressure. Since eye drops are absorbed into the bloodstream, tell your doctor about all medications you are currently taking. Ask your doctor and/or pharmacist if the medications you are taking together are safe. Some drugs can be dangerous when mixed with other medications. To minimize absorption into the bloodstream and maximize the amount of drug absorbed in the eye, close your eye for one to two minutes after administering the drops and press your index finger lightly against the inferior nasal corner of your eyelid to close the tear duct which drains into the nose. While almost all eye drops may cause an uncomfortable burning or stinging sensation at first, the discomfort should last for only a few seconds.

Sometimes, when eye drops don’t sufficiently control IOP, pills may be prescribed in addition to drops. These pills, which have more systemic side effects than drops, also serve to turn down the eye’s faucet and lessen the production of fluid. These medications are usually taken from two to four times daily. It is important to share this information with all your other doctors so they can prescribe medications for you which will not cause potentially dangerous interactions.

When medications do not achieve the desired results, or have intolerable side effects, your ophthalmologist may suggest surgery.

Laser surgery has become increasingly popular as an intermediate step between drugs and traditional surgery though the long-term success rates are variable. The most common type performed for open-angle glaucoma is called trabeculoplasty. This procedure takes between 10 and 15 minutes, is painless, and can be performed in either a doctor’s office or an outpatient facility. The laser beam (a high energy light beam) is focused upon the eye’s drain. Contrary to what many people think, the laser does not bum a hole through the eye. Instead, the eye’s drainage system is changed in very subtle ways so that aqueous fluid is able to pass more easily out of the drain, thus lowering IOP.

You may go home and resume your normal activities following surgery. Your doctor will likely check your IOP one to two hours following laser surgery. After this procedure, many patients respond well enough to be able to avoid or delay surgery. While it may take a few weeks to see the full pressure-lowering effect of this procedure, during which time you may have to continue taking your medications, many patients are eventually able to discontinue some of their medications. This, however, is not true in all cases. Your doctor is the best judge of determining whether or not you will still need medication. Complications from laser are minimal, which is why this procedure has become increasingly popular and some centers are recommending the use of laser before drops in some patients.

The laser treats the trabecular meshwork of the eye, increasing the drainage outflow, thereby lowering the IOP. In many cases, medication will still be needed. Usually, half the trabecular meshwork is treated first. If necessary, the other half can be treated as a separate procedure. This method decreases the risk of increased pressure following surgery. Argon laser trabeculoplasty has successfully lowered eye pressure in up to 75 percent of patients treated. This type of laser can be performed only two to three times in each eye over a lifetime. 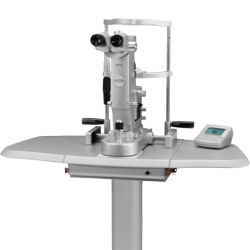 SLT is a newer laser that uses very low levels of energy. It is termed “selective” since it leaves portions of the trabecular meshwork intact. For this reason, it is believed that SLT, unlike other types of laser surgery, may be safely repeated. Some authors have reported that a second repeat application of SLT or SLT after prior ALT is effective at lowering IOP.

This procedure is used to make an opening through the iris, allowing aqueous fluid to flow from behind the iris directly to the anterior chamber of the eye. This allows the fluid to bypass its normal route. LPI is the preferred method for managing a wide variety of angle-closure glaucomas that have some degree of pupillary blockage. This laser is most often used to treat an anatomically narrow angle and prevent angle-closure glaucoma attacks.

Two laser procedures for open-angle glaucoma involve reducing the amount of aqueous humor in the eye by destroying part of the ciliary body, which produces the fluid. These treatments are usually reserved for use in eyes that either have elevated IOP after having failed other more traditional treatments, including filtering surgery, or those in which filtering surgery is not possible or advisable due to the shape or other features of the eye. Transscleral cyclophotocoagulation uses a laser to direct energy through the outer sclera of the eye to reach and destroy portions of the ciliary processes, without causing damage to the overlying tissues. With endoscopic cyclophotocoagulation (ECP), the instrument is placed inside the eye through a surgical incision, so that the laser energy is applied directly to the ciliary body tissue.

When medications and laser therapies do not adequately lower eye pressure, doctors may recommend conventional surgery. The most common of these operations is called a trabeculectomy, which is used in both open-angle and closed-angle glaucomas. In this procedure, the surgeon creates a passage in the sclera (the white part of the eye) for draining excess eye fluid. A flap is created that allows fluid to escape, but which does not deflate the eyeball. A small bubble of fluid called a “bleb” often forms over the opening on the surface of the eye, which is a sign that fluid is draining out into the space between the sclera and conjunctiva. Occasionally, the surgically created drainage hole begins to close and the IOP rises again. This happens because the body tries to heal the new opening, as if it was an injury. Many surgeons perform trabeculectomy with an anti-fibrotic agent that is placed on the eye during surgery and reduces such scarring during the healing period. The most common anti-fibrotic agent is Mitomycin-C. Another is 5-Fluorouracil, or 5-FU.

About 50 percent of patients no longer require glaucoma medications after surgery for a significant length of time. Thirty-five to 40 percent of those who still need medication have better control of their IOP. A trabeculectomy is usually an outpatient procedure. The number of post-operative visits to the doctor varies, and some activities, such as driving, reading, bending and heavy lifting must be limited for two to four weeks after surgery.

Several different devices have been developed to aid the drainage of aqueous humor out of the anterior chamber and lower IOP. All of these drainage devices share a similar design which consists of a small silicone tube that extends into the anterior chamber of the eye. The tube is connected to one or more plates, which are sutured to the surface of the eye, usually not visible. Fluid is collected on the plate and then absorbed by the tissues in the eye. This type of surgery is thought to lower IOP less than trabeculectomy but is preferred in patients whose IOP cannot be controlled with traditional surgery or who have previous scarring. 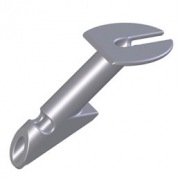 Newer nonpenetrating glaucoma surgery, which does not enter the anterior chamber of the eye, shows great promise in minimizing postoperative complications and lowering the risk for infection. However, such surgery often requires a greater surgical acument and generally does not lower IOP as much as trabeculectomy. Furthermore, long term studies are needed to assess these procedures and to determine their role in the clinical management of glaucoma patients.

Learn About Our Financing Options

Visit us at one of our New York City locations: